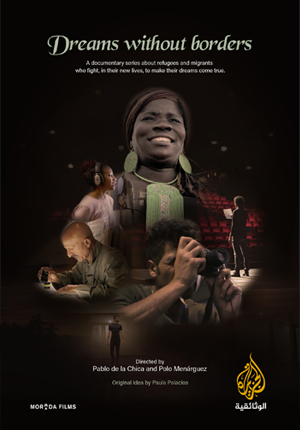 We follow the path of a refugee or a migrant who has recently fled the war in his or her country and has arrived in a new place, trying to develop the skill he or she feels better at and we will get to meet a mentor, someone who succeeded and would be an example for him. Time has given the mentors the chance to express and help through their jobs other refugees and migrants. Today the new arrivals have the chance to learn from them.